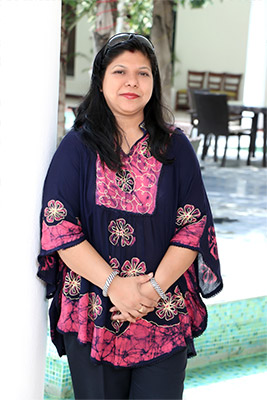 Dr. Pallavi Prakash is a name that has emerged as a symbol of ‘Woman Power’ & ‘Neo Face of Leadership’. She is a par-excellence –Author, International Motivational Speaker. Motivational Counselor, TV Panelist (Political & Social Analyst) &  Filmmaker. She is Founder of ‘Knowledge Seed Learning Center (KSLC)’ & ‘Pallavi Prakash International (PPI)’. She has created a niche for herself & is an Iconic Personality recognized National & Internationally.

She has authored four books which are ‘Mystique (Science Fiction)’ in the year 2011, ‘Dynamics of Success (Management Book) in the year 2013 & ‘Bringing Back Love (Romance Fiction)’ in the year 2015 and ‘The History Of World Pandemics and COVID-19′ in the year 2020. She has produced famous TV Travel Show ‘Pranam Bharat’ aired on ETV (All Hindi regional channels) in the year 2015 with eight episodes. She has produced feature film ‘Mohabbat Ke Saugaat (Bhojpuri)’ released in the year 2018 All India.  She is Owner & Editor of Leadership magazine- ‘The Leaders +’. This is a highly reputed magazine in India that showcases inspirational leaders’ profiles to ignite leadership in the next generation. She is a panelist in various TV News Channels. She regularly shares her views as Political/Social Analyst in TV Debates aired on various channels like APN News, ZEE Hindustan, TV 18, News 24, 1st India News, etc. She is a regular Columnist of national newspapers like-‘Times of India’, ‘The Pioneer’ etc. She has the credit of 2000+ published articles till date. She is a senior member of “Screen Writer’s Association of India (SWA), Western India Film Producers Association (WIFPA), Mumbai, Lifetime Membership of International  Film & Television Club, Noida Film City, Noida. Member of Advisory Board (Academics) & Board of Studies of the Institute & Visiting Faculty, The Fairfield Institute of Management & Technology (FIMT, Gurugram, Haryana) & Member of several social & cultural organizations PAN India. Her company KSLC has conducted & organized National Leadership Conclaves consecutively 6 times. The 8th National Leadership Conclave is scheduled in Dec 2020.

She has successfully conducted various workshops and seminars -Trained almost 5000 professionals/students PAN India till date… She is a “Life Coach” /Clinical Psychologist and imparts Psycho therapy sessions to her patients & life-skills workshops in large numbers. She has been conferred the title of “Motivational Guru”.

Producer of travel show ON Etv (Rajasthan) “PRANAM BHARAT.
Pranam Bharat is a Cultural Travel Show of 8 Episodes telecasted on ETV Rajasthan between Jan 2015′ to May 2015′. It showcased the rich cultural & a mythological extravaganza of Rajasthan. The show boosted Rajasthan Tourism on the global forefront.

Many More In Previous Years…..

Many More in Past ….